Only Accepting Crypto Currency Or Venmo

Check out the thorough review of my film on a niche airship modellers forum!  There's lots of information including how to make a valve.  Start post/comment #27 through #34 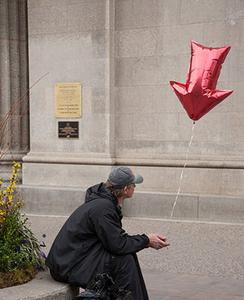 All my Metallised film is heat-sealable and all the photos are pictures of my film. 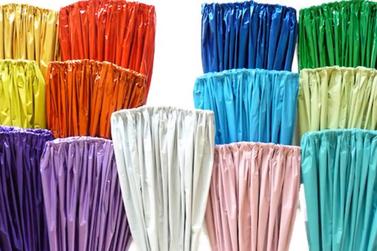 ​Thanks for stopping by

Scott Mazur of Canada made these airship cylinders which generate 155g of payload lift. 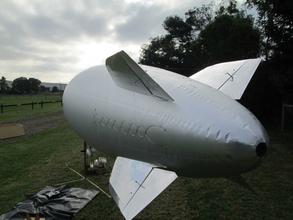 Watch this silver airship FLY at the 5:22 minute mark of this video, made/built by Alan Sherwood of Melbourne, Australia

More info on the About page

MAKE YOUR OWN CUSTOM BALLOONS!

The picture (left) is my film which was used to make one of the 3,000 custom (arrow) balloons created for the You Are Here art exhibition in 2015.

All the film I sell is heat-sealable and easily! 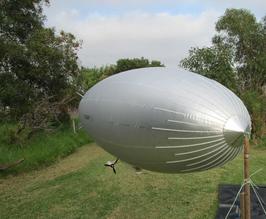 The White color film is more grayish than white, just like all the white metalized balloons found at the retail party stores.

Please note:  Film ordered by the yard will be gently folded and mailed in a USPS Priority Mail box, and provides the best protection to the film, and it's the best price domestically and internationally. 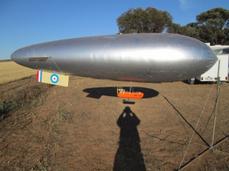 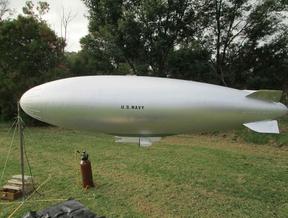 The Largest Private Source for Metalized Balloon Film in the World 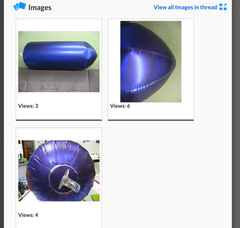 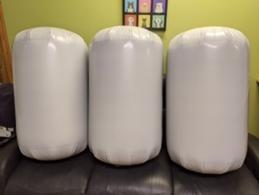 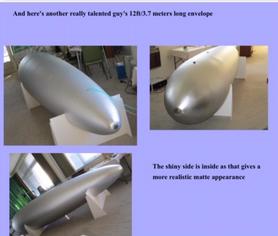 This blue airship pictured to the right, was made by Scott Mazur of Canada.  Mastery!

This amazing airship made by Alan Sherwood of Australia, 2022.

Scroll down to see his previous airship and video of it in flight.

and make your own designs!

All 44" wide rolls are Made China

Note:  All 28" film has black ink logo on under side of the film every 28" but it doesn't affect the performance and isn't visible because it's on the heat-sealable side.